This is new landscape. It is huge undulating grassland with scattered ruins, may be 2-3 sq km in size in middle of thick forest. It’s perfect with a water-body present in the centre. I have not seen this in my about dozen or so visits during my project here in Panna Tiger Reserve about a decade and half ago. 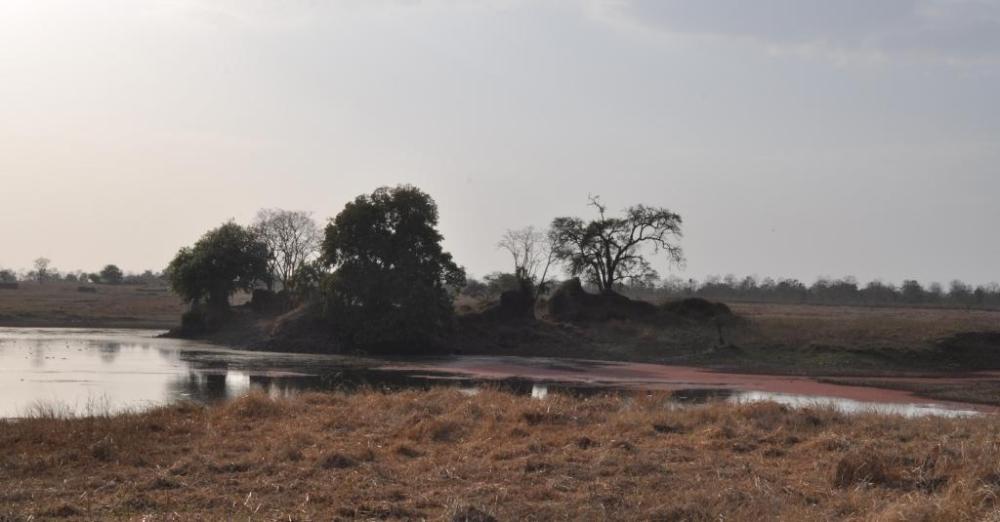 Oh! This has been village Talgaon. On enquiry I find, four years ago in 2013, it was relocated.  It has been a big village – 177 resident family and 74 non-resident families. The relocation has been done with due compensation and as per the decision of the community.

Incidentally, this grassland is now known by the village name. In fact, this whole area is known as Talgaon Plateau, which is the highest of three levels of the Panna Tiger Reserve – Talgaon Plateau, Hinouta Plateau and Ken-River landscape.

I am amazed by the silence and beauty of the whole grassland. We park the vehicle at the edge of the lake. I reflect. At some point of time long ago, man took this land from nature and converted it to a ‘gaon’ – a boon for man and bane for wildlife.  Presence of man, surrounded by wilderness of immense importance harbouring tiger, sloth bear…had its impact. Man’s activities – agriculture and livestock rearing – are in conflict with that of wildlife. Crops are browse for herbivore and livestock food for carnivore. Nobody could have imagined that one day situation and conditions would be ripe for man to give away the land back to nature. This is, wheel taking a full turn.

In Central India, we come across land vacated by relocation of villages from wilderness areas, be it Kanha, where more than two dozen villages were shifted in 1970s or Satpura where more than three dozen villages shifted during last 4-5 years. Villages are being shifted from Protected Areas all over Central India including Panna, of course with the concurrence of community and with due compensation and rehabilitation.

What is interesting is that a shifted village leaves behind cleared area, which was converted into agricultural fields. This becomes excellent grazing ground for herbivore – deer and antelope – and as a consequent becomes an attraction for carnivore. Thus, whole range of wildlife revolves around these productive areas.

I see the history scattered around the lake. I inspect two chhatris (elevated dome shaped pavilions) just near where we are parked. These are not so luxurious / arty as we find in several historical cities e.g. Jaipur and Udaipur in Rajasthan or Gawalior and Shivpuri in Madhya Pradesh but simple brick structures, now weathered and in ruin. I can see, two hundred metres away, almost touching the lake water, a small fortress like structure, again in ruin.

I walk around the grassland quite a bit. Shifted village remains – temple, school, hand pumps, piles of rubbles or partially erect structures at the site of several houses, left behind after removal of valuable building material e.g. rafting, doors, windows etc which have been taken away to be used in the new house, brings out emotions in me. I notice – a slipper here, a shoe there; scattered broken bangles and earthen pots; torn clothes or fire places, in the now desolate kitchen areas of some broken houses – all reminder of era gone by. I strongly feel the old and new history should be restored and preserved to give the place a unique character. 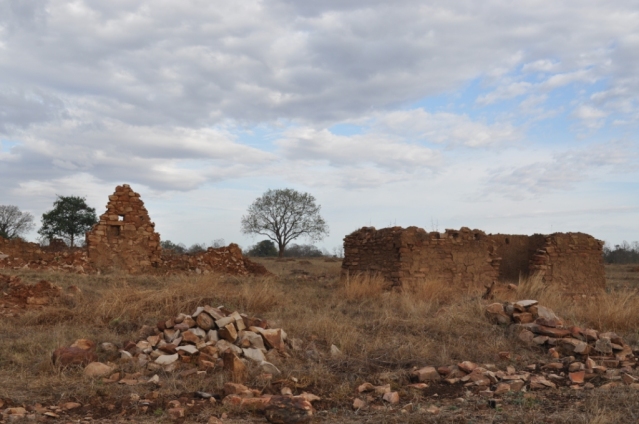 Leftover of Cluster of Houses 1

Leftover of Cluster of Houses 2 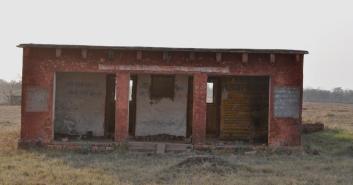 I can see new occupants of Talgaon. 150 metres away under a tree a female nilgai is busy grazing. She is not bothered by our presence. A jackal is busy trotting through grassland but alert – out to look for some prey. It’s not scared due to us, but maintains a distance. We can see spotted deer droppings. Oh! It’s exciting – we find a trail of leopard’s foot prints on a dust track.  Wildlife, which was bone of contention and constant cause of man-animal conflict is now having free run of the place.

We drove around kuchcha track of Talgaon. I wonder, how long it will be, when this becomes one of the best hubs for wildlife in Panna. My thought is interrupted with the chirping of a family of four yellow-wattled lapwings – slowly they walk away while hotly arguing and trying to  sort out some family issue. 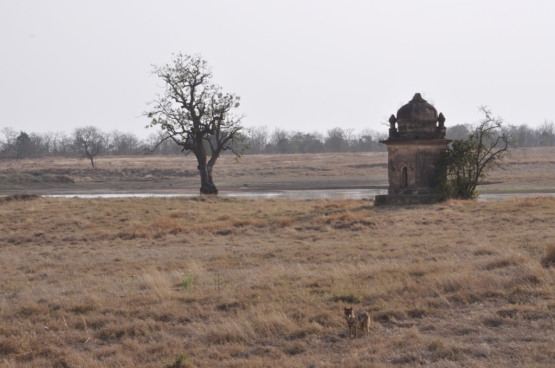 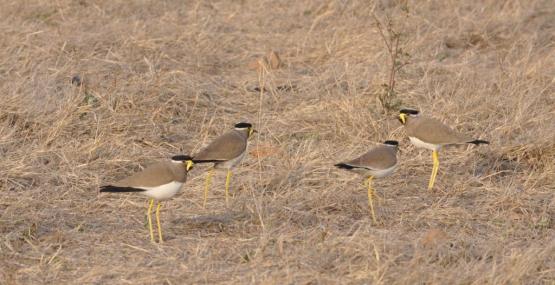 What a surprise. As we emerge from the Talgaon grassland, pass the field staff quarters, turned left on to the main track of the plateau, a sloth bear is surprised to see us. It has been foraging at the edge of the road and quickly shuffles around to enter into the forest.

No doubt, Talgaon is wonderful part of the core of Panna. I talk to the Park Director, Vivek Jain and describe my experience and feeling. He agrees and updates me, “Talgaon is high tiger density area.” Indeed, it’s a diamond in Panna.

PS : Panna is prime tiger land and is a notified Tiger Reserve. I had the occasion to work here on a photo documents around four seasons in 2000-2001. Of course, subsequently, I have visited here several times. Many may be surprised that Panna has real diamond mine as well!